I am really empowered to be joining others. When we are together, the voice is heavier. The voice is stronger. That’s the only way we can influence the change we want.

Last Autumn, young women from Mulberry School for Girls joined forces with older women from East London to explore what it’s like to be an intergenerational team of female activists. They shared perspectives and created artwork redefining how generations can learn from and support each other to tackle the climate crisis, globally and locally. Their journey was captured by Colloquial Collective Films, documenting creative workshops led by artist Sue Mayo and climate activist Maz Koshika. In November Magic Me hosted a film screening and workshop via live video link at COP26, the United Nations Climate Change Conference.

Come along to Poplar Union on Thursday 24 March at 7pm to see the films, meet the activists and discover how to harness the power of intergenerational activism. Even better, bring along someone of a different age – a daughter, father, friend or neighbour!

This event is part of Poplar Union’s Women in Focus Festival, a month long festival celebrating what being a woman means. 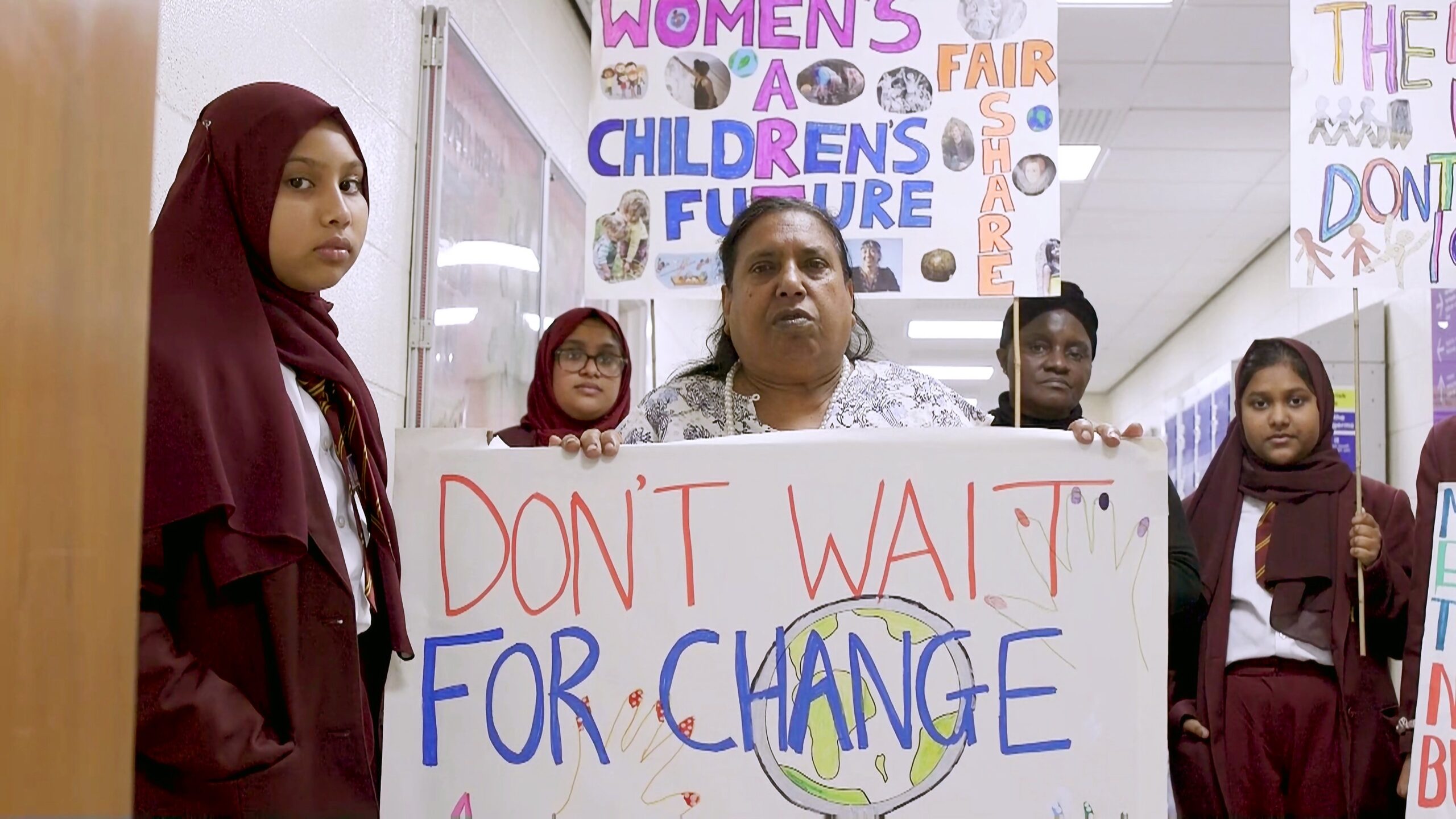