Magic Me works with many different arts organisations to collaborate on projects and we have had a long and very happy relationship with Duckie, the queer performance collective.  Here, in the first of a series of guest blogs, Ben Walters – aka Dr Duckie – talks about his research on the collective. 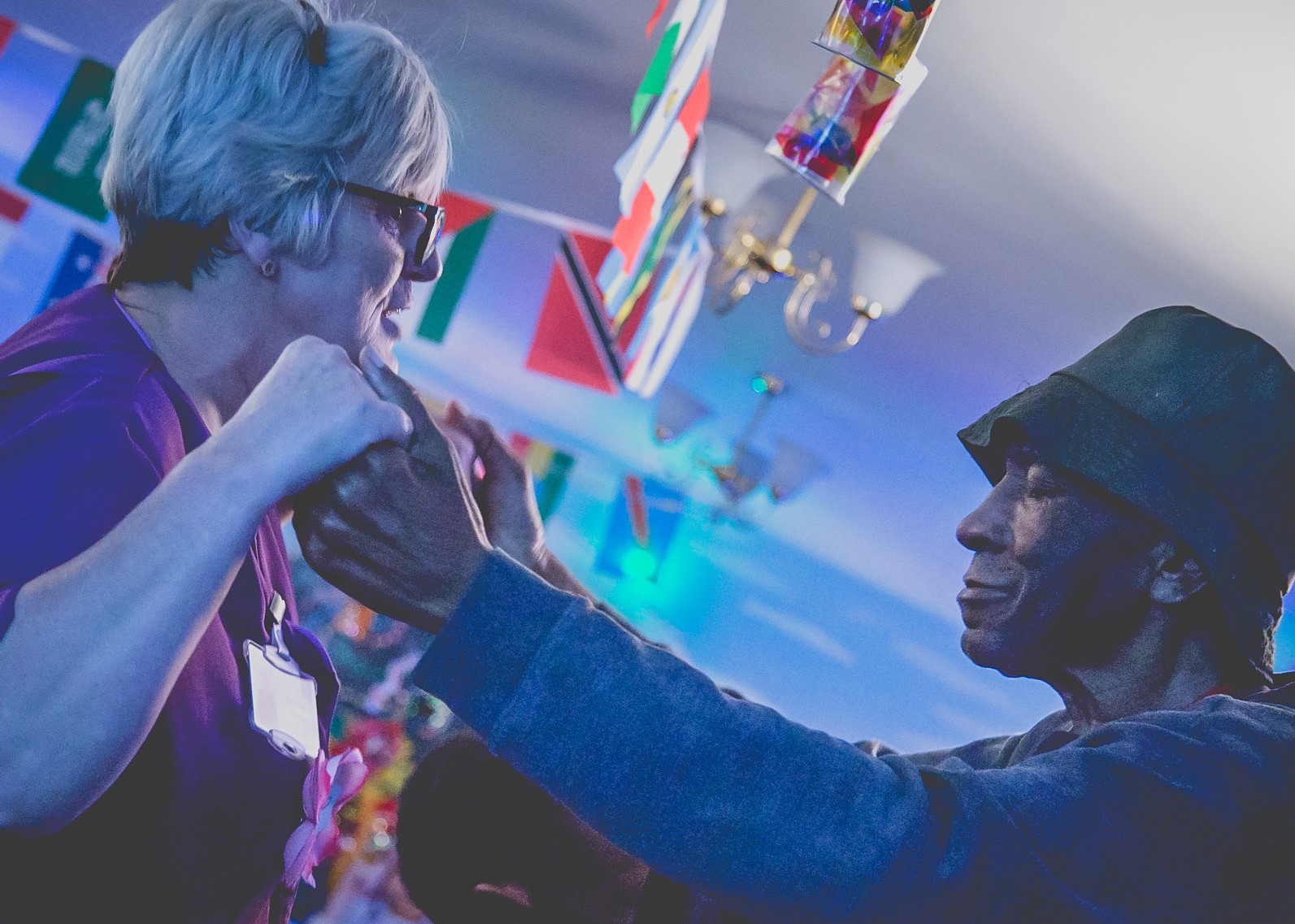 As well as collaborating with Magic Me, queer performance collective Duckie produce a diverse range of innovative and joyful community projects. Ben Walters – aka Dr Duckie – has just completed a PhD about them. Here, he describes how they work as ‘homemade mutant hope machines’, changing the world one little bit at a time…

Duckie is a London-based alternative performance collective with its roots in queer nightlife – it’s been rocking the Royal Vauxhall Tavern every Saturday night since 1995 – and a growing range of experimental community projects. Members of the Magic Me family might recall Duckie from the organisations’ collaborations, including Queers and Old Dears, a multigenerational spectacular at Wilton’s Music Hall in 2012, and The Palace of Varieties, a weekly cabaret show created for and with care home residents, including those with dementia, in 2016.

And there’s plenty more where they came from. In recent years, Duckie has also produced a series of ‘vintage clubbing’ events, big immersive performance nights reanimating little-known queer party scenes from London’s history; the Duckie Homosexualist Summer School, offering vocational training for aspiring young LGBTQ+ performers; Duckie Family, a series of events by and for queer, trans and intersex people of colour; The Slaughterhouse Club, a drop-in arts project based in hostels for people living with homelessness, addiction and mental health challenges; and The Posh Club, an afternoon cabaret and tea party for people over 60 without many family or friends.

In recent years, I’ve had the privilege of getting immersed in many of these projects as part of a recently-completed PhD based at Queen Mary University of London. I soon learned how distinctive, joyous and unique each one was, with its own participants, style and sensibility related to a specific set of circumstances. The challenge was how to make sense of all these things as part of a single overarching vision. As different as they all seem, what unites Duckie’s community projects?

The answer I came up with is that they are all examples of what I call homemade mutant hope machines. What’s that supposed to mean? Well, a ‘hope machine’ is simply any form, process or project that reliably generates hope for members of a disadvantaged or marginalised population in the possibility of a more fair and pleasurable world – even if that world only exists, say, in a community centre for a couple of hours a week. I think hope machines are more powerful if they are ‘homemade’, in the sense of emerging from lived experience and operating in a relatively autonomous or DIY way; and if they’re ‘mutant’, in the sense of being able to adapt to changing conditions.

For example, The Posh Club started out as a tea party for Duckie producer Simon Casson’s mum because she had just moved to a new town and didn’t know many people. It adopted a fun format that struck a chord with what many isolated older people really wanted – support and friendship but also a chance to be creative and supportive themselves. As more and more people wanted to join in, it evolved and expanded, resulting in an event that reliably generated hope for lots of people that life as an older person could be gorgeously different from mainstream stereotypes and expectations.

What’s really exciting to me about these projects is that they don’t just offer relief or escape from the challenging structures that currently dominate our society. They help people to make new structures – new worlds – that address their own wants and needs on their own terms, inspiring new ways of thinking and feeling, being together and doing things together. Some Posh Club guests, for instance, have now become performers themselves as part of a new dance troupe that has performed at Sadler’s Wells.

These new worlds offer glimpses of better futures – more equal and more loving – and not just glimpses. They actually start to bring those futures into being, one hug, one party, one artwork, one dance at a time.

Dr Duckie’s Homemade Mutant Hope Machines, a free talk, is on in Summerhall in Edinburgh on 12 August 2019 Full details here

Find out more about Duckie’s projects here at and more about Ben’s research here. You can follow Ben on Twitter @not_television