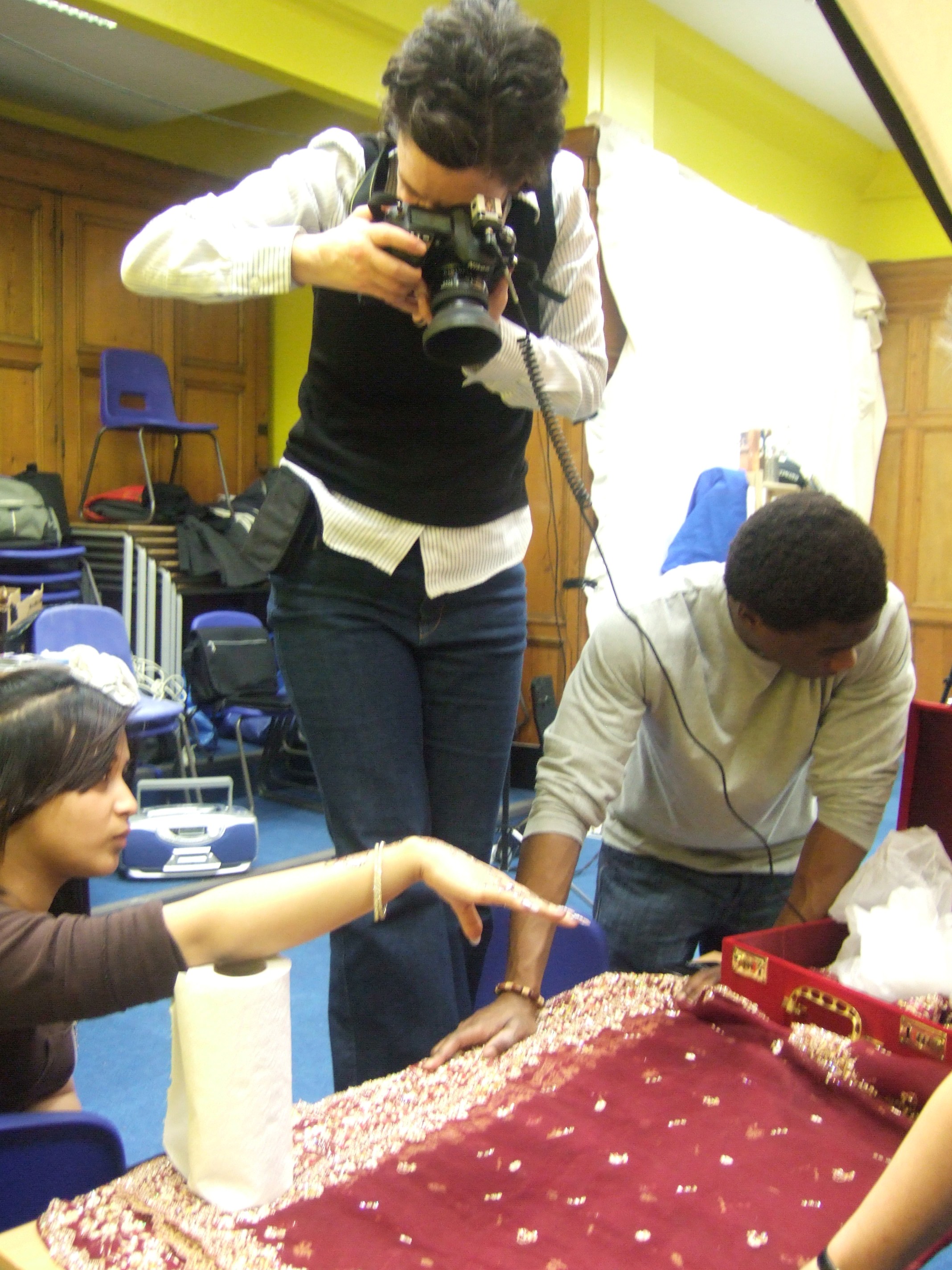 In 2004 Oaklands School asked Magic Me for help to set up community placements for Year 10 students taking the new GCSE Citizenship course. Having already made a video with local primary school children, older people at the Sundial Centre felt ready to work with these 15 year olds. But some of them were also keen to gain a qualification – if they were doing all the project work, why shouldn’t they also get a GCSE?

Over six months the younger and older people explored what it means to be a citizen, documenting their ideas using photography, poetry and singing. Four older people also studied the GCSE curriculum with a special tutor, wrote essays and sat their exam in the school gym with 120 teenagers. In August that year they nervously went to pick up their results – and all had passed. One 77 year old man had gained his first qualification.

The project set the tone for the many annual projects that have followed. The School recognises the older people as keen learners, and partners who want to support the students, but also stretch themselves. The young students are impressed by adults who want to learn, without being told to by parents and teachers, and learn many valuable life skills.

I enjoyed the co-operating of the whole group and learned about the importance of keeping promises.

Project groups have since worked with many Magic Me artists to: design and make play equipment for a local nursary school; create a calendar on the theme of the Ages and Stages of life; and cooked and served community lunches for over 60 people.

Magic Me have continued to work frequently with Oaklands since 2004 and students were part of recent projects Weekend at Wilton’s and Bin Ageism.