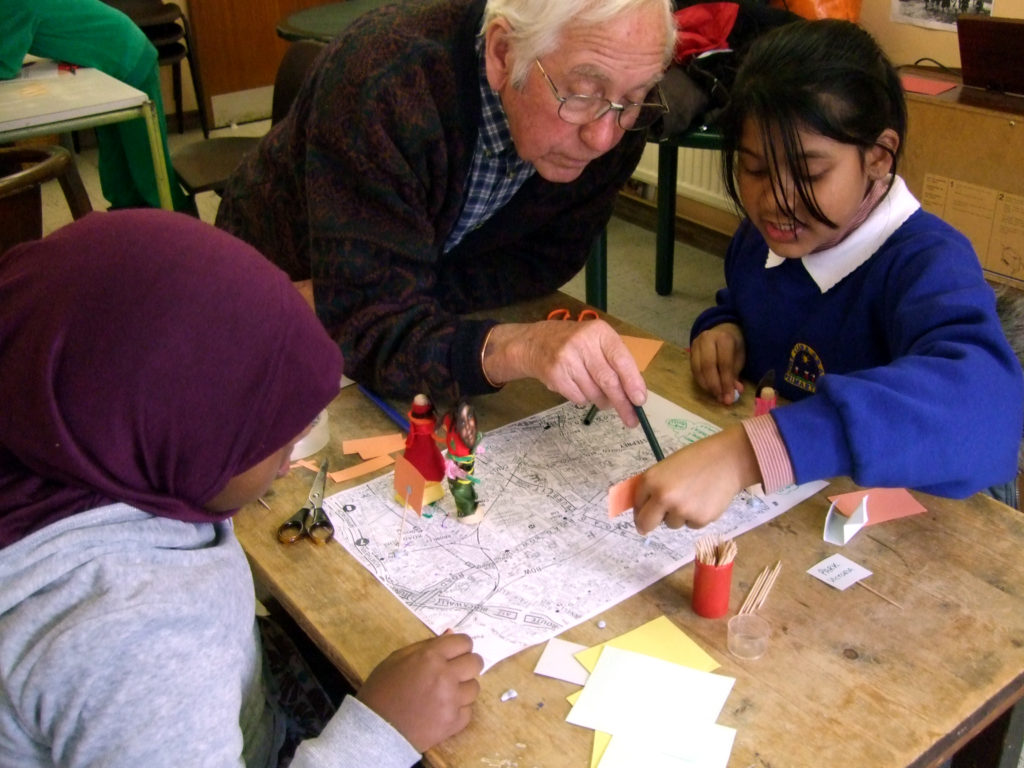 It’s been wonderful. The clients come alive when the children come. It’s been a good tonic for them to make these friendships

Background
The Fern Street Settlement and Clara Grant Primary School, situated a few hundred yards apart in Bow E3, share a common history. Teacher Clara Grant founded the Settlement in 1907 to support her pupils and their families and is remembered as an innovative social worker, philanthropist and educator; the school where she taught now bears her name.

The School, Settlement and Magic Me have worked together on five projects previously, initiated by Anthony Leete, the School’s co-ordinator for community links. Anthony was keen to get pupils out into their local community, building links and becoming aware of the possibilities in the area. Although the area is a mixed one with white, black and Asian households, the majority of the school community is from Bangladeshi Muslim families, and most pupils speak a language other than English at home. The majority of older people who use Fern Street are white.

Past Projects include 100th birthday celebrations for Fern Street Settlement, creating a colourful procession through the local streets; two Mosaic projects about Friendship (the artworks are displayed permanently on the school and settlement’s walls); and a healthly living project were the group made fridge magnets.

Mosaic for the Queen’s Jubilee
The intergnerational group made a series of mosaics to go on the walls of Fern Street Settlement and Clara Grant School, on the theme of the Queen’s Jubilee and 60 years of the life of the local community. They worked with Magic Me artists Amanda Westbury and Kathryn Gilfoy. 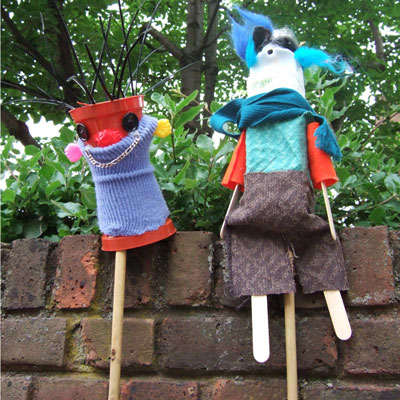 The mosaics were unveiled by the Mayor of Tower Hamlets, Lutfur Rahman, in a special ceremony followed by a street party in the playground. 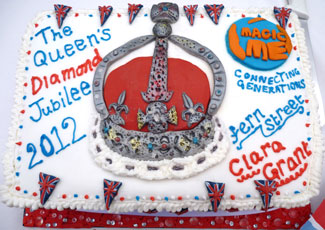