Home / When School is the Most Fun Thing Ever!
Share

Our Communications Manager, Deborah, spoke to people at the Meet The Street event in June 2019 to find out their thoughts about the Quality Street Project, here she finds out what Hayley thinks. Hayley is a teacher at George Mitchell Primary – she works with year one but knows a lot of the children involved in Quality Street.

About working with older people:  “I think that the children appreciate the older generation a little bit more. I think they’re used to interacting with their grandparents and they can think that they are the only old people in the world, they don’t realise that some people are on their own. I think it has given them empathy, when you talk to them they say ‘I’ve really enjoyed it, getting to know somebody else, other than my family”

About the opportunity to work with professional artists:  “I think the kids absolutely love it, all they talk about is the drumming and the art. They want tell you all about what they’re making, and they’re excited, and they love coming out of class obviously to come and do a bit of art.

I teach year one’s and they are like ‘why aren’t we involved’ and I say ‘well maybe one day you will be’.

They’re just so proud of what they’ve done. I think it’s great, I was talking to some of the older generation and one of the men said ‘I’m just so excited’, and to see that enjoyment on his face, to know that he is coming here on Saturday, you know, they probably don’t do much.

When I saw them yesterday, there was just so much enjoyment on his face and one of my kids was like ‘Miss, why is he so happy?’ and I said ‘It’s because he likes being here, he wants to be here’, and it’s just really nice to see them interacting with people other than their community but with something a bit wider.

I’ve learnt what this project is, through the children. They’ve come up to me like ‘Miss we’ve done this and made this with boxes, and we’ve done the mural’. It’s been brilliant for the school as well.” 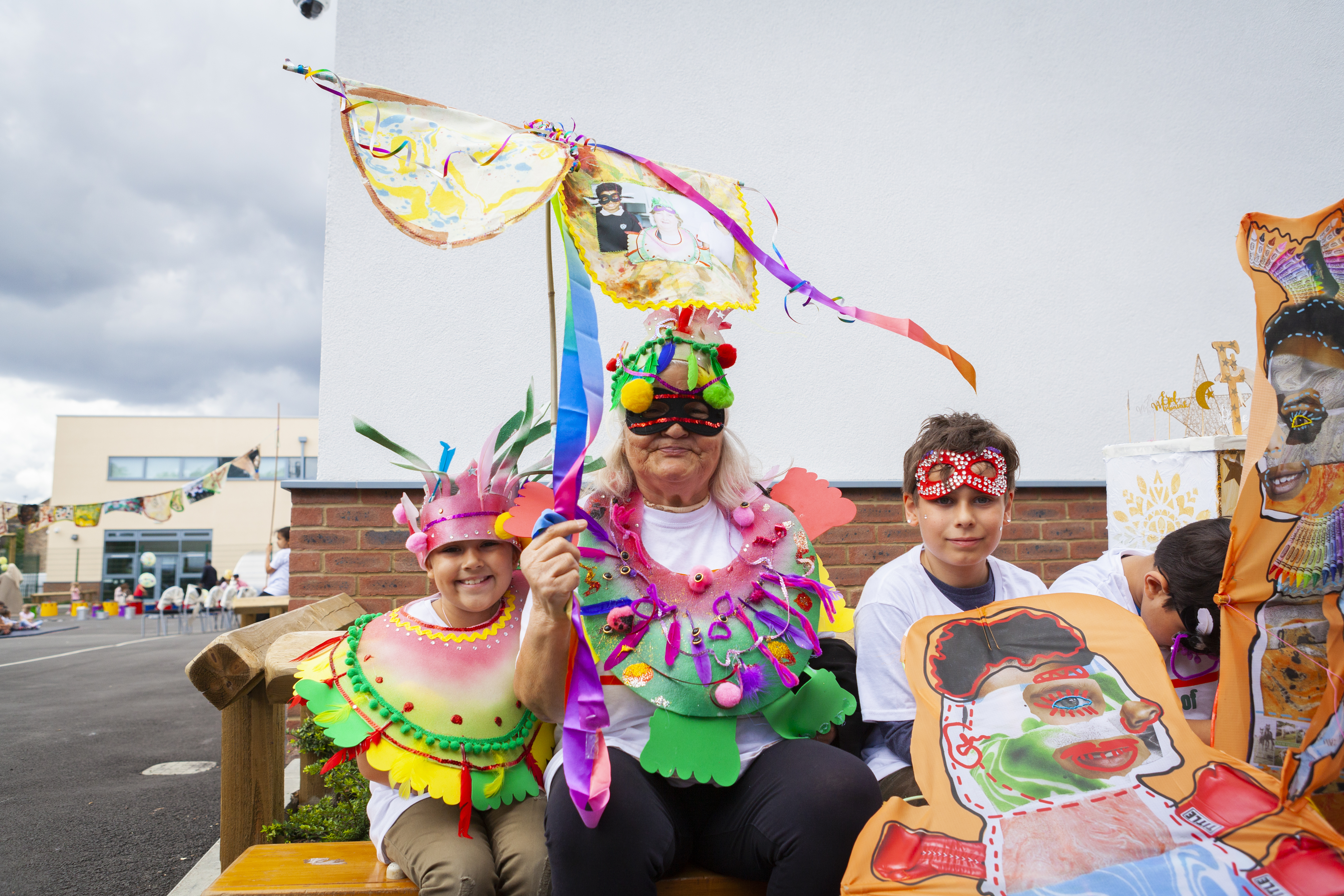 Photo above by Samia Meah