Nazifa Yazmin our first Artworks trainee has written this blog about her experiences with Magic Me:

After leaving secondary school with adequate GCSEs and no desire to be in a classroom again, I found myself dabbling in different things. From working in a nursery, to door-to-door sales and some voluntary charity work, I concluded I was a little lost. I never intended to stumble across this traineeship with Magic Me, as arts didn’t really come to mind when looking for a ‘real’ job but somehow, I crossed paths with exactly what I needed and I find myself wondering how life would’ve been without Magic Me.

I was invited to visit Magic Me’s intergenerational workshops to see what it was like, almost like a trial day and it was that day where I truly felt a semblance of a sense of direction, albeit an older people’s care home wasn’t exactly a place I thought I’d ever look. But there I was in an intergenerational space with a class from Lansbury Lawrence Primary School and residents from Duncan Court, all coming together to create art. However, it wasn’t the making of the art, but the sight of seeing two generations who would never in the outside world really mix, interacting and bonding like friends. There was purpose.

As a trainee my time is split between attending workshops, admin for said workshops and exploring the different areas of the organisation to learn the different roles, such as comms. In my first few weeks, I became familiar with different artists across all the current schools and communities’ projects. I had already been acquainted with Polly Beestone & Mia Harris as I had met them on my trial day and further met Amanda Mascarenhas, Chuck Blue Lowry for the Arts and ages, Osmani School x Rochester Court project . I was really starting to get the hang of speaking to older people and understanding how to create a conversation between the older and younger generations. Another project I found myself spending a lot of time on was Generation Rebellion which was a project the older women’s group and students from Mulberry School for Girls joined forces for. It was definitely a lot different to workshops with primary children, with much bolder characters but once we grabbed the attention of the students they really got stuck in and created these beautiful posters. 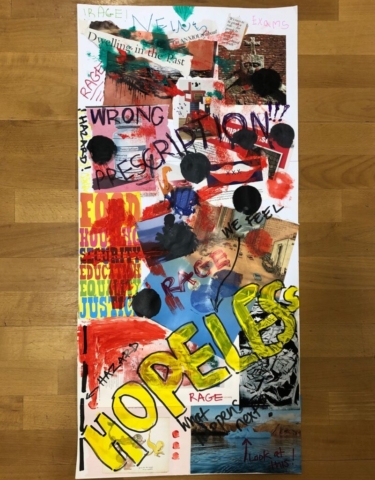 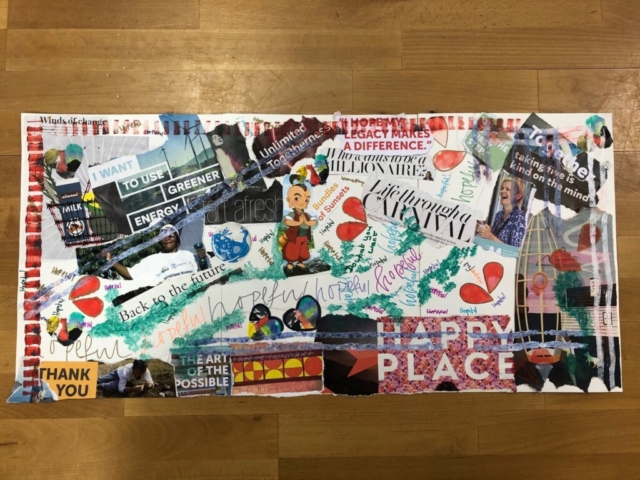 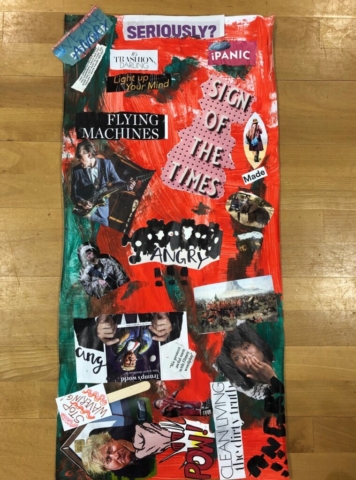 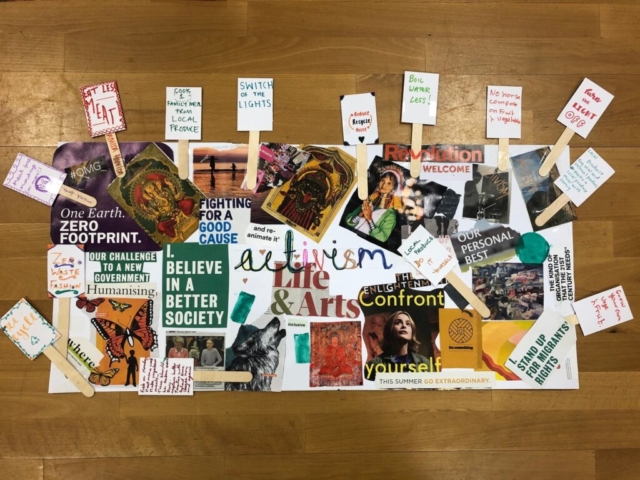 However due to unforeseen circumstances, also known as COVID-19, my short time spent in workshops had come to an end as we all fell into a whirlwind of unpredictability or as the government like to call it, lockdown. As there were a lot of adaptations due to the sudden change of circumstances, I was furloughed for a few months so Magic Me could adapt my role for when I returned. Upon my return I was welcomed with pictures and artwork from the We Bloom project for Quality Street in Waltham Forest and updates about Arts & Ages, The View From Here project, an animation and book created from the comforts of our homes about what both the older and younger people see from their windows, which I found was a beautiful way to create connections even through the physical isolation that we all faced during the pandemic.

I was given a task to create a short film for our Generation Rebellion project, despite never having experience in making one, I took on the task with both hands. I admit there was a lot of trial and error, frustration with timing the audio to the pictures and even simply recording my voice started to irritate me. But I gave myself a pep talk and got together the students’ work, albeit there wasn’t as much of theirs due to the lack of direct contact with them but the older women’s group more than made up for it, and created my first ever ‘film’. The film was definitely one of my proudest moments, and will always be, as I did it mostly on my own.

Things I will take away from my time here:

I met and worked with a lot of great people during my time here and have learnt something from each of them. Magic Me is a great working environment, with such an inclusive staff team who are always ready to advise or assist you. Even as just a trainee, the team values your input and gives you room to voice your opinion and feedback which helps you a lot with your confidence. I really discovered my passions and dislikes and I’m grateful for the doors it’s opened for me, it’s really given me that head start I needed for my journey in the arts. Shout out to Catherine for being the best line manager, who understood and helped me when I needed and to Programme Director Bethany who’s really just been great in setting me up for the world and encouraging me to try things I probably wouldn’t have.

For anyone who’s just starting in the arts and needs some insight, this traineeship is for you and I hope you enjoy it as much as I have!