Our Communications Manager, Deborah, spoke to people at the Meet The Street event in June 2019 to find out their thoughts about the Quality Street Project. Here she talks to Sabrina and Lesley. Sabrina is the mother of one of the participants from the school who is in year 3, she has also been volunteering on the project. Lesley is the parent of one of the children taking part in the project, Riley.

Sabrina: “I think it’s really good because it gives the older and younger people the chance to work on a project together, and they get to know each other, because a lot of the preconceptions they had of the older people they now realise as not being right. It’s really good for them and the kids have really enjoyed it, they’ve come a long way.

The art work has been amazing, it really amazes me the amount of stuff that they have been able to do within this time.

We’ve had workshops every week, so you get a little chance to do a bit of art, a bit of music, so everyone’s had a go at all the different activities, it’s been really good. 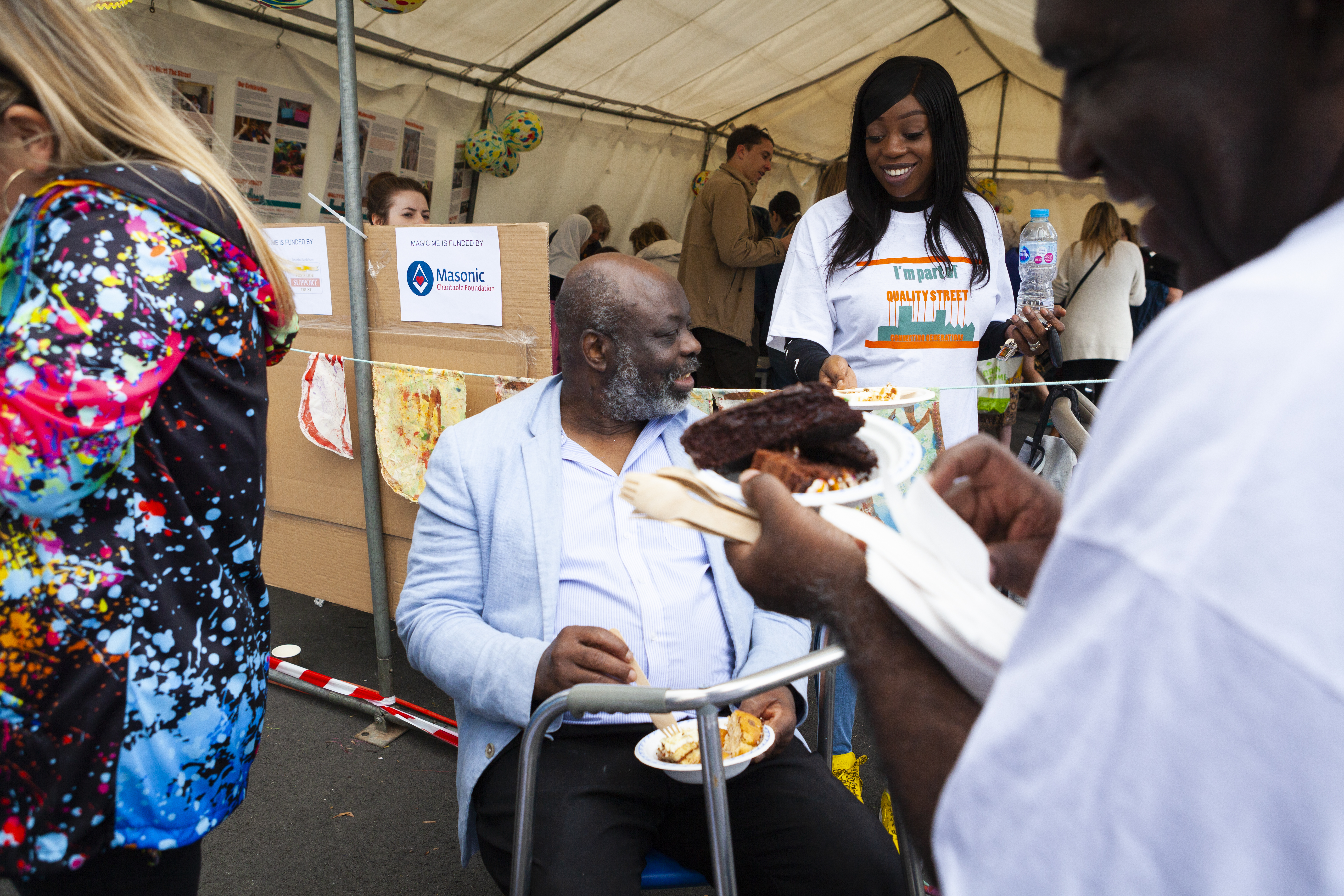 Lesley: “I think it’s amazing that the teachers, the parents, even other communities get together. It’s nice to involve the kids with this stuff.

I’m literally round the back there. I went to the secondary school. But it’s amazing, they do a lot with my son in the school anyway, it’s really good. It’s a really good turnout, I’m really pleased.”

Photo above of Sabrina by Samia Meah