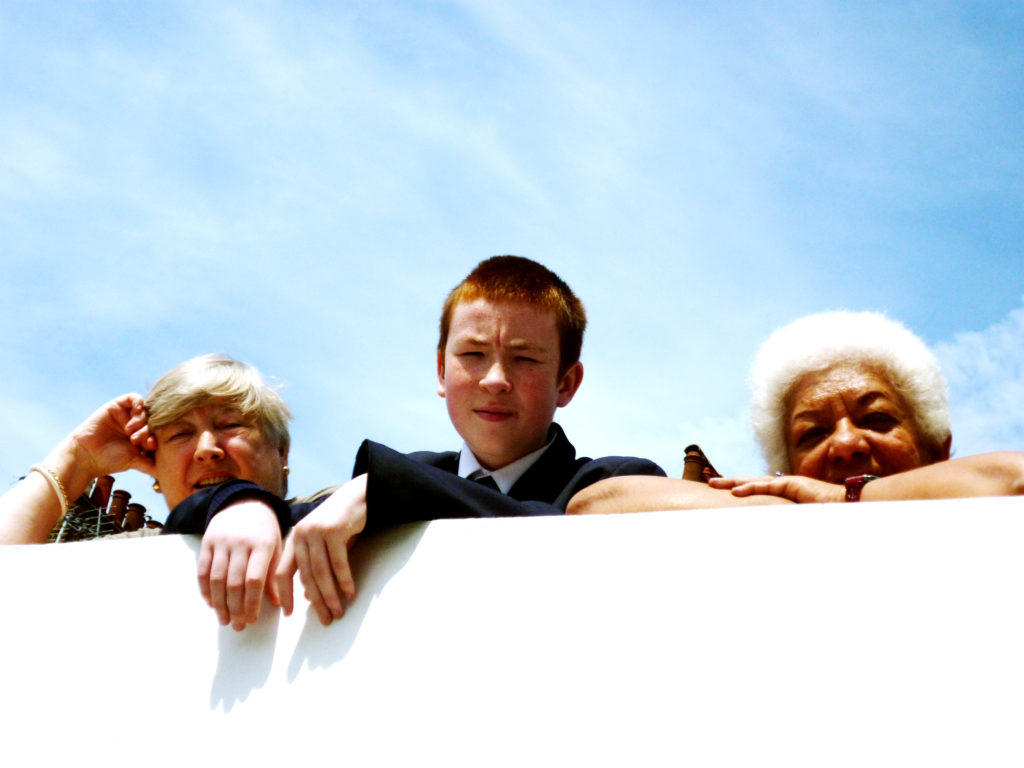 The most important thing about this project was the relationship we forged between young and older people. The mutual respect and compassion. We coincided on many things: feelings, frustrations, achievements. These young people are incredibly enthusiastic and a credit to the artists! They managed the relationship between young and old magnificently!

Magic Me partnered with St Mary Magdalene’s Academy in Islington and local older people in 2010 for a pilot photography and drama project, A Different View. Since then we have run a number of projects with the Academy.

In Weekend at Wilton’s they worked as part of a group of 60 young and older people with cabaret collective Duckie to create a new wave of old time music hall performance at Wilton’s Music Hall, the group performed alongside Duckie artists over 3 nights in May 2012.

For A Different View, students and local older people thought about notions of community and expressed their ideas through images and a manifesto they unveiled at the launch of their photography work. Magic Me artists Pete Lawson and Liane Harris led the workshops.

In 2011, What’s your Story? participants learned about photography and playback theatre and used these techniques to share and record their stories. The mixed group presented an interactive exhibition to celebrate the end of the project and invited the audience to explore the question ‘What’s your story?’ The group worked with artists Liane Harris and Ali Campbell.