Tammy WhyNot is in the house, and making a lot of fantastic new friends! 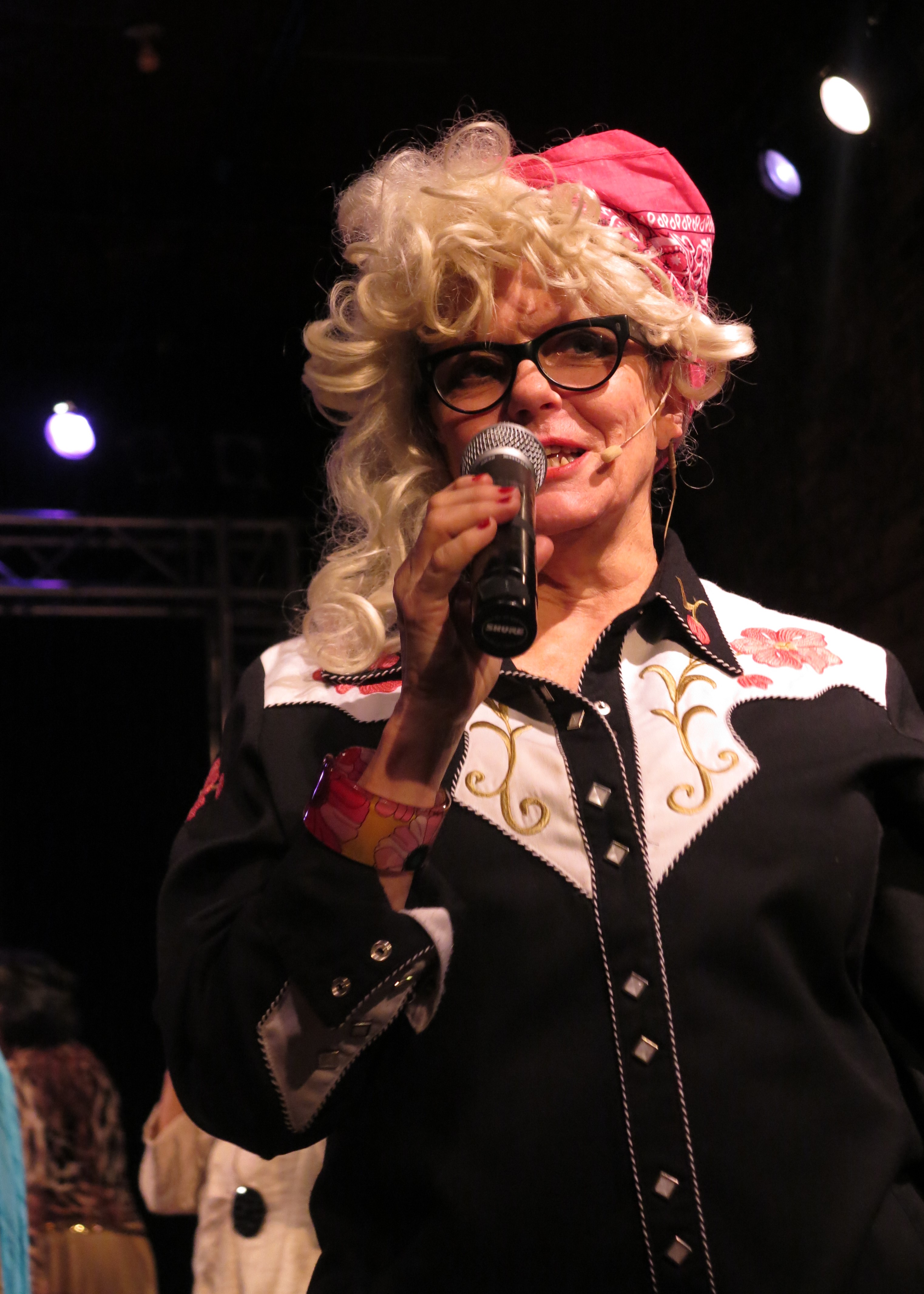 Country-western singer turned performance artist Tammy WhyNot conducted a series of workshops with the residents of Rose Court, an Anchor Care Home in Surrey Quays, part of Magic Me’s Artist Residencies programme in Spring 2016. The 10 week project was part of a two year programme of performing arts residencies in care homes led by Magic Me, hosted by award-winning housing providers Anchor and funded by the Paul Hamlyn Foundation, Anchor’s Legacy Fund and the Wakefield and Tetley Trust.

The ground-breaking programme supported some of the UK’s leading performing arts companies in developing their work and practice for a care home audience including those with dementia. Each Monday morning for 10 weeks in early 2016, Tammy worked with a core group of seniors at Rose Court Care Home to uncover the buried desires, secret ambitions and unexplored potential that rest within all of us. Each session with Tammy offered a different avenue for engagement with participating elders, encouraging story-telling, autobiographical creativity and interaction with different exercises and materials. Residents filled empty photo albums with imagined memories, dressed-up and developed their own fantasy personas, and sparked anecdotes about their homes, heroes and hidden treasures. Their performances, stories and collated created materials were shared at a private showing on Monday 21 March 2016. 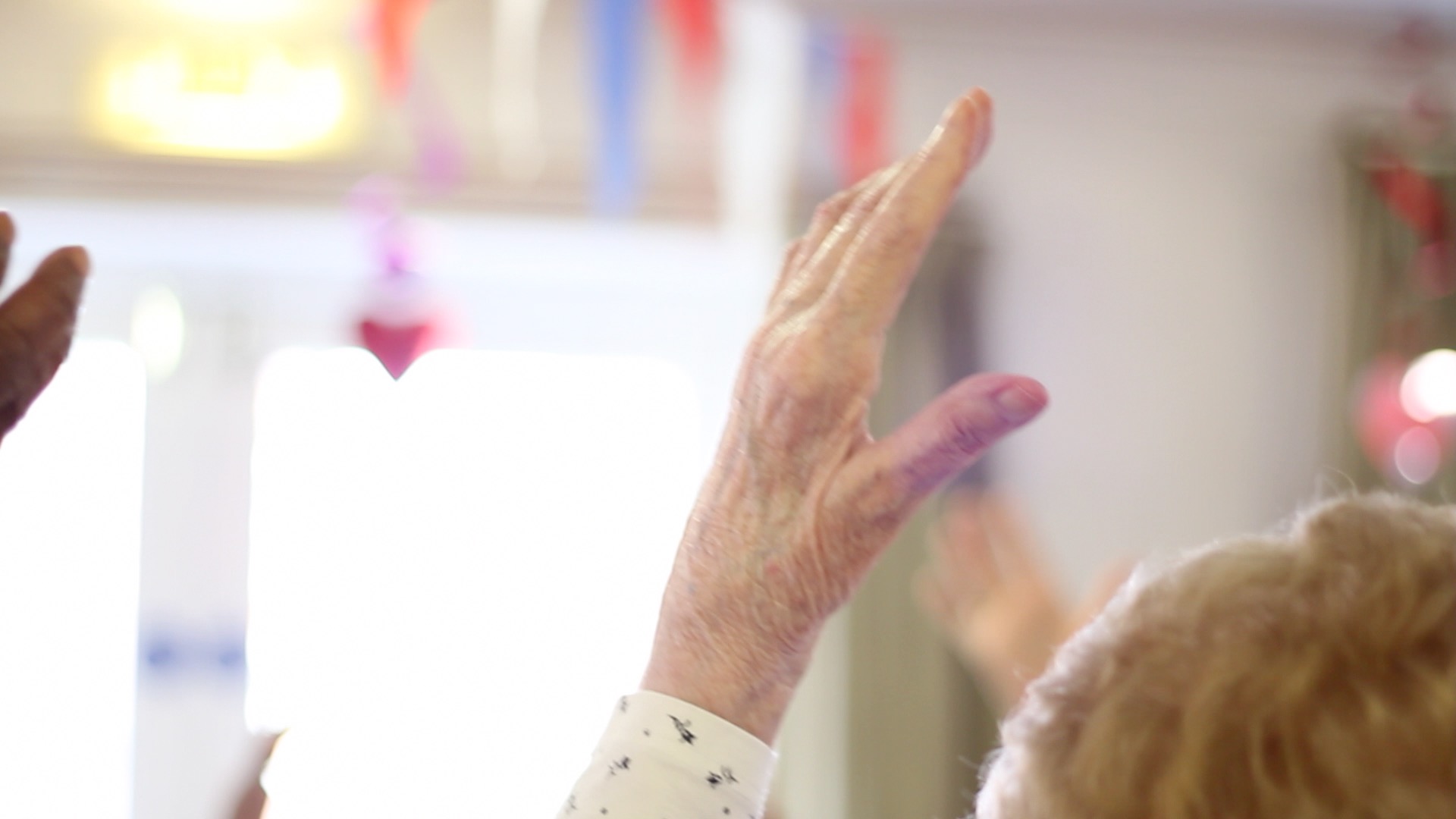 Magic Me is a fantastic organisation for ‘intergenerational arts’ – puttin’ younger people together with older’ people. This time they’ve brought Tammy in, so I guess they’re puttin’ older people with older people. Tammy’s just been havin’ a great time workin’ with these fantastic elders. We’ve been thinkin’ about the hidden potential in all of us, and I want to see what happens when we dig down, locate it and just let it go!’ And I’m telling you something: Rose Court is a lovely place. 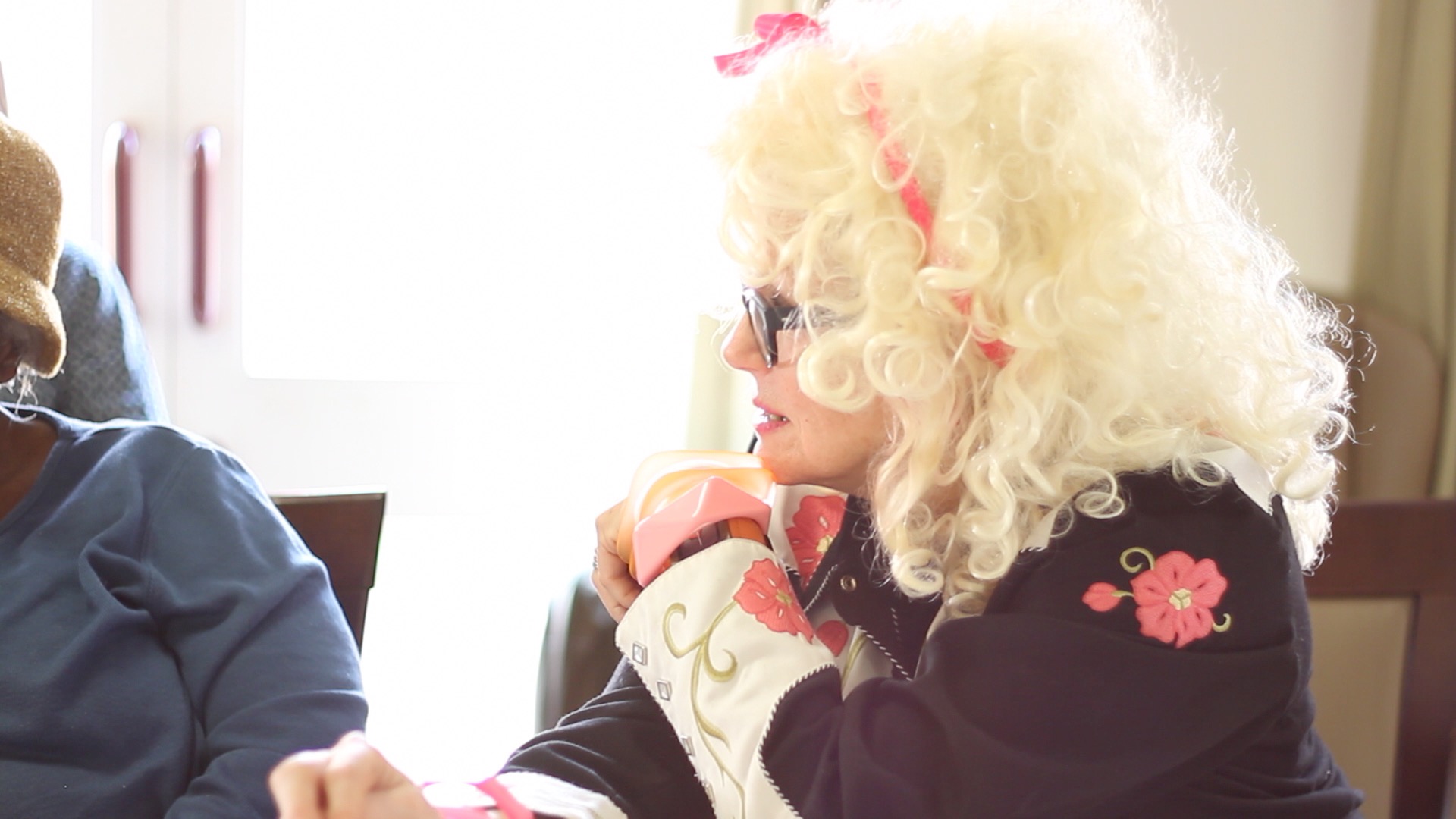 Tammy WhyNot is the creation of Lois Weaver: artist, activist and part time professor of Contemporary Performance at Queen Mary, University of London. Tammy was created for a Spiderwoman Theater performance in 1979, and has been through many incarnations in the intervening years. In her iconic blonde wig and pink boots she has hosted discussions, held workshops, and starred in her own shows, exploring myriad social and political issues. As part of her most recent work on ageing and wellbeing, Tammy has collaborated with elders across the world, including during a week-long residency in Zagreb, and throughout the ongoing tour of What Tammy Needs To Know About Getting Old And Having Sex in New York, Poland, and throughout the UK. Follow Tammy’s antics on Twitter @whynottammy or friend her on Facebook.

Lois Weaver is the co-founder of Spiderwoman Theater, WOW and Artistic Director of Gay Sweatshop in London. She has been a writer, director and performer with Peggy Shaw and Split Britches since 1980. She was named a Senior Fellow by the Hemispheric Institute of Performance and Politics in 2014 and is a 2014 Guggenheim Fellow. Her collection of performance texts, methodologies and biography The Only Way Home Is Through The Show: Performance Work of Lois Weaver, eds. Weaver and Jen Harvie, was published by Intellect in 2015. Lois’s Artist Residency was especially informed by her work with performance as a means for public engagement. Not only as Tammy, her facilitating persona, but also with the use of the Long Table format for public discussion. Lois’s work at Rose Court also contributed to her surrounding research for a new project in development: ‘Unexploded Ordnances’, about the risks of unexplored potential in elders. Lois and Peggy conducted R&D in residence at the Barbican Centre in April, inviting contributions from an international family of elders and experts from NY, London, Glasgow, Tasmania, Alaska and Poland. A full project report documenting the experiences of all four participating companies (Punchdrunk Enrichment, Lois Weaver, Upswing and Duckie) was published in April 2017.

Listen to the podcast from the report launch here.

Top photo: “What Tammy Needs to Know about Getting Old and Having Sex,” conceived, directed and performed by Lois Weaver, written by Weaver in collaboration with Peggy Shaw, choreographed by Stormy Brandenberger, La MaMa E.T.C. November 6 to 23, 2014. Lois Weaver as Tammy WhyNot. Photo by Jonathan Slaff

Other photos – Claire Nolan for Magic Me.