Our Communications Manager, Deborah, spoke to people at the Meet The Street event in June 2019 to find out their thoughts about the Quality Street Project. Here she finds out what Bob, Mick and Dave, from Leyton Orient Walking Football Club thought about the project. They all took part in the Generations United. 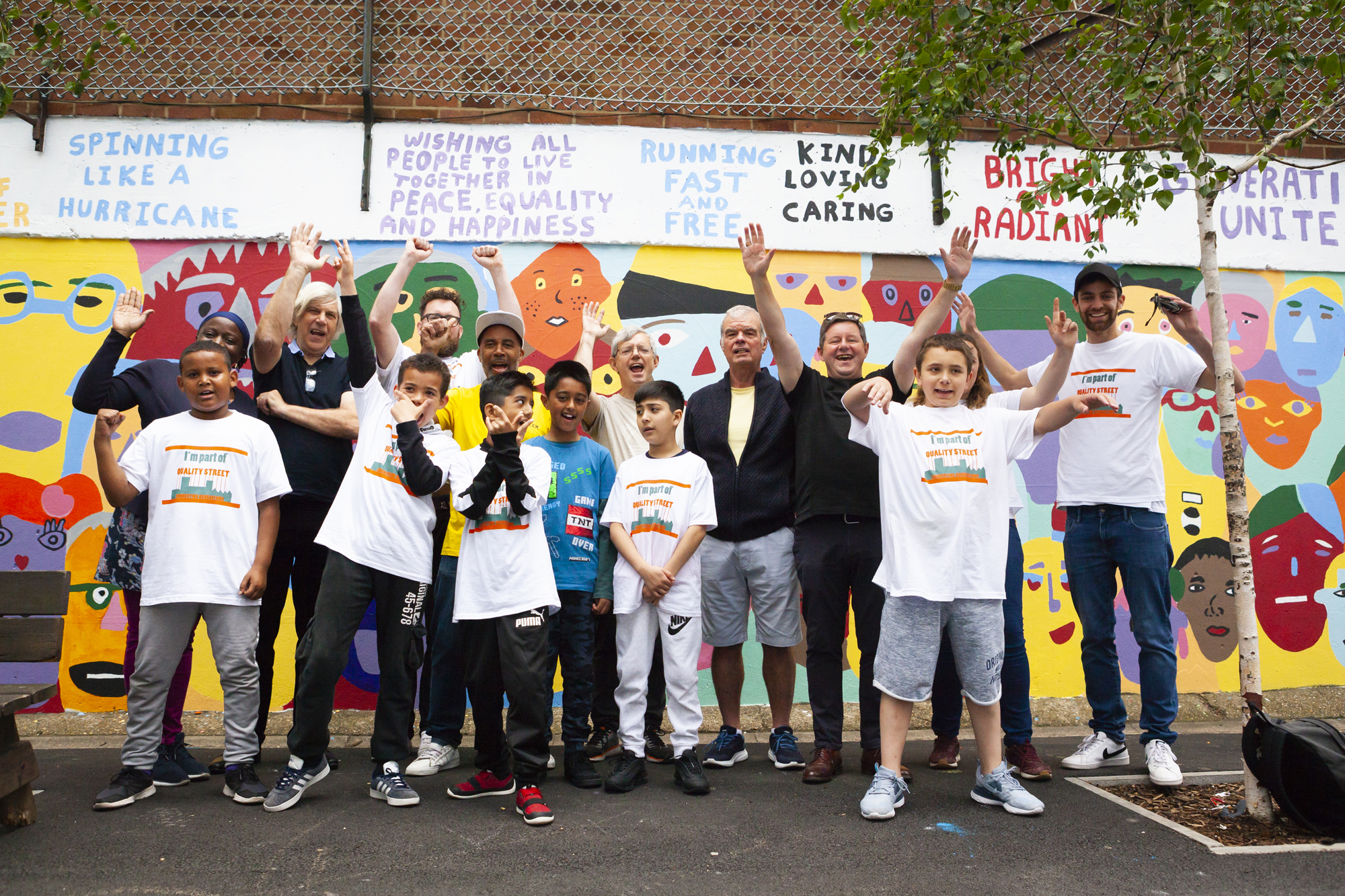 Dave “… I mean I’m terrible at painting and drawing, so I’ve not done anything since I was about their age I reckon, but the good thing was that Ben [Connors the artist leading Generations United] transferred all of the artwork from the session onto the wall, he did the outline and we more or less did painting by numbers. All the kids joined in, they had a great time.

Bob “It was great to get back to where we all came from, where we were born, the area. The funny thing I found was that they asked where were you born, and I said that my father had to go and get the nurse because my mother was in labour, and they couldn’t understand that we didn’t have telephones, it just highlighted the generation gap to me.”

Bob  “I think they’re more aware of what’s going on around them than we were at that age, because of technology.”

Mick “ The news is instant now, whereas before you’d have to wait days before it came on the news.”

Dave “I think a lot of them were a lot more aware of what’s going on in the world than I was at that age.

One of the boys I was working with was from Spain and at first he mumbled a lot, but after a couple of weeks he was opening up more to me than he did his teacher.”

Bob “I was looking forward to each Friday to be honest, it’s been great fun.”

Dave: “The more we do stuff like this, the better for us really.”

Photo above by Samia Meah